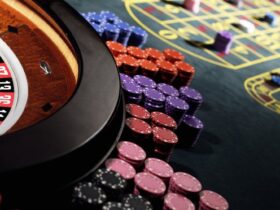 Spyro Reignited Trilogy review describes about a game that is a remake of the first three series of Spyro games released during the first PlayStation era. The three old Spyro games are Spyro: The Dragon, Spyro: Ripto’s Rage, and Spyro: Year of The Dragon.

Based on the Spyro Reignited Trilogy review by Activision, it was found that the content of the latest Spyro game has no changes. Changes only occur in the visual and audio appearance. When playing this game, you can find significant visual and audio improvements when compared to the previous Spyro series.

Spyro Reignited Trilogy is included as an adventure game that is fun to play. This is shown by the number of gamers who play at the same time giving a positive response. This game can be played by all ages and has an easy way of playing.

The story of the game Spyro Reignited Trilogy begins with the anger of Gnasty Gnorc from the Gnorc tribe for being insulted by another dragon. Finally, Gnasty Gnorc cast a special spell that caused the dragons to freeze and crystallize.

Of the many dragons affected by the spell from Gnasty Gnorc, only Spyro managed to escape because he had a small body. Seeing his friends have frozen, Spyro finally decides to go on an adventure with the Sparx to save their nation from the curse.

Spyro is a cute little purple dragon. Meanwhile, Sparx is a yellow dragonfly which in the game will measure Spyro’s life. This first story is taken from the story of the game Spyro the dragon.

The story of this game continues until it enters the story of Spyro: Ripto’s rage. After saving his people from the curse, Spyro decides to take a vacation via the teleportation portal to the dragon sphere.

But unfortunately, the trip leaves them stranded in a fantasy world called Avalar, due to the request of Elora and her friends. Ripto, who was accidentally summoned by Elora and his two friends, had the ambition to master the Avalar. Then Spyro agrees to help Elora fight to stop Ripto’s intention.

The story of this game ends with a story from the game Spyro: Year of The Dragon which makes Spyro and Sparx adventure again. At the end of the story, Spyro and Sparx go on an adventure to save dragon eggs. It was stolen by the rhino army.

They did this theft during the new dragon egg welcoming festival, or Year of The Dragon. When acting, the rhino army was chaired by a rabbit named Bianca.

This adventure game can be played by all ages because it has a relatively easy way of playing. In addition, this game is also highly recommended for children aged 5 years. The main character of a cute little purple dragon in the game Spyro Reignited Trilogy is certainly very popular with children.

When playing this one of the best PS4 games for kids 5-year-olds, gamers can get a new experience from the old fantasy story that is presented. Even though it raises an old story, this game doesn’t look boring, because it has updated visuals and audio. From the Spyro Reignited Trilogy review by Activision, you can see a long storyline in this long game.

Spyro Reignited Trilogy has undergone a very significant change, it even looks like a stunning animated Dreamworks or Disney film. The visual appearance of this game is made in more detail to make it look livelier, cool, varied, and interesting. Every character and object in the game also gets many improvements from the developer, Toys for Bob.

Tom Kenny’s voice acting was very unique, thus adding to the good impression of this 2018 game. Not only representing the original sound, but the developers also presented music with the latest arrangements. The latest music and comical sound effects are displayed that sound more dynamic and can make your adventure even more lively.

In this game, you are given a mission to defeat every enemy in each stage. You can control your character to defeat your enemies while avoiding obstacles such as jumping over ravines and holes.

Gameplay in this game is quite easy, so you won’t feel confused when you go through obstacles to beat your enemies. Spyro Reignited Trilogy review by Activision pointed out that this game has four basic types of actions that can be done freely.

The Spyro character that is played can breathe fire, roll, fly, and attack the enemy freely. In this game, the action of attacking the enemy is not shown harshly, so this game is safe if played by minors.

Spyro Reignited Trilogy provides another way to attack the enemy, so there are no head-stepping scenes or other rough methods. In this game, you are assigned to help Spyro in each different mission, according to the story at each level.

The game developer also provides a Mini-map feature, to keep you from getting lost, so you can carry out missions well. Besides providing various supporting features, Toys for Bob also provides various levels that can test the creativity of the players.

You’ll find some unreachable places, as well as some objects that can’t be destroyed in the normal way. This game is recommended for children aged 5 years because it can help them develop creativity. In addition, Spyro Reignited Trilogy can make children think outside the box when solving problems. 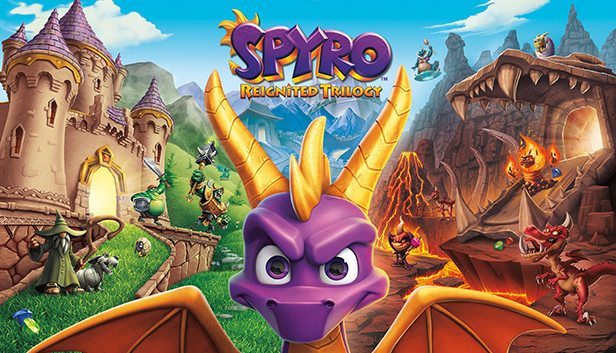 4.4 Here are some of the pros and cons of this Spyro Reignited Trilogy game
Visual
Performance
Stories
85
Price

In this game, there is also a variety of new levels that are not boring, and other challenges, such as Skill Points (SP). The available boss fights are quite impressive and challenging, and you can also get trophies/achievements when you win the challenges you play.
Learn Now
Tags: Spyro Reignited Trilogy
Share on
Share on Facebook Share on Twitter Share on Pinterest Share on Email
Aurarico July 7, 2021